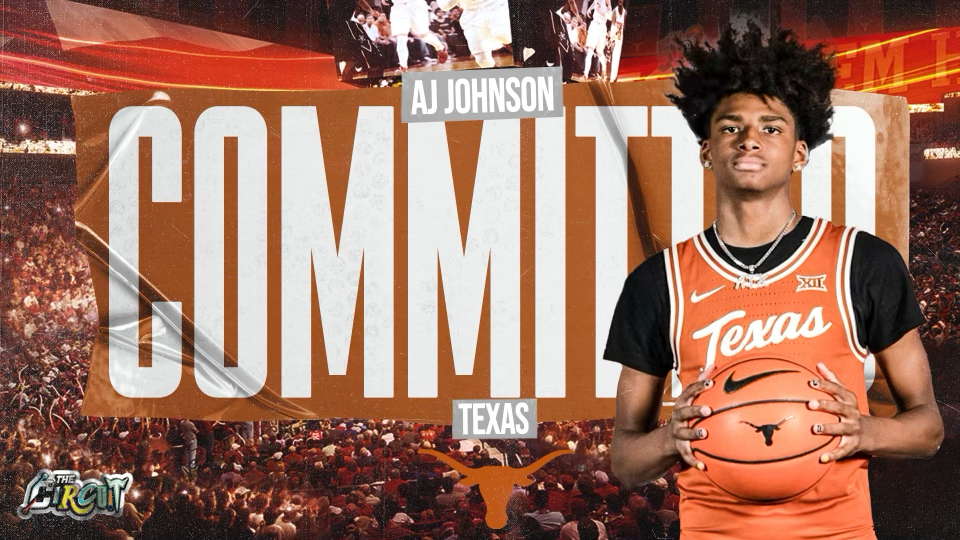 AJ Johnson, a 5-star prospect in our 2023 rankings, has just announced his verbal commitment to head coach Chris Beard and Texas. Johnson joins 5-star Ron Holland has the two members of the 2023 class.

Johnson who attends SoCal Academy (CA) has had strong start to his senior season, which will only help him sharpen his game before his freshman season. During the spring and summer, Johnson made major strides in his production playing with Jalen Green Elite (CA) on the adidas 3SSB circuit.

In this article, I break down Johnson’s game and how he will fit in Texas’ system his freshman season.

Johnson has the skill of an NBA guard right now. He is very long, allowing him to finish over any defender when he is attacking the rim. Over the course of the grassroots season and into this high school season, Johnson has continuously showed improvements in his shot mechanics and shot making abilities. At the next level he needs to be able to make shots, and with his senior season just starting he has so much time left to improve his shooting skills even more. With Tyrese Hunter and Darius Carr at Texas now, Chris Beard now plays a little faster than his previous coaching seasons. With the commitment of Johnson, Coach Beard will be able to still do this. Johnson loves to get up and down and play fast. Helping him play fast is his ability to rebound as a guard. Johnson can crash the glass, get a rebound, and push the break, creating scoring opportunities for himself and for his teammates. Johnson’s best ability on the court is his passing. He wants his teammates to score before him which is always good with a 5-star prospect. Johnson is very unselfish. He does not need to score many points to impact a game. He is the type of player can go score twenty points one night, then the next night have 10+ assists. Johnson excels in the open floor but is very effective in the half court as well. In pick and roll play, he always makes the right decision. He can get into the paint and create as well, finding open teammates on the perimeter and his big men sitting under the rim. Overall, Johnson is the complete, taller point guard that any coach would want to have, luckily for Chris Beard, Johnson is his next guard.

How he will fit in at Texas his freshman season