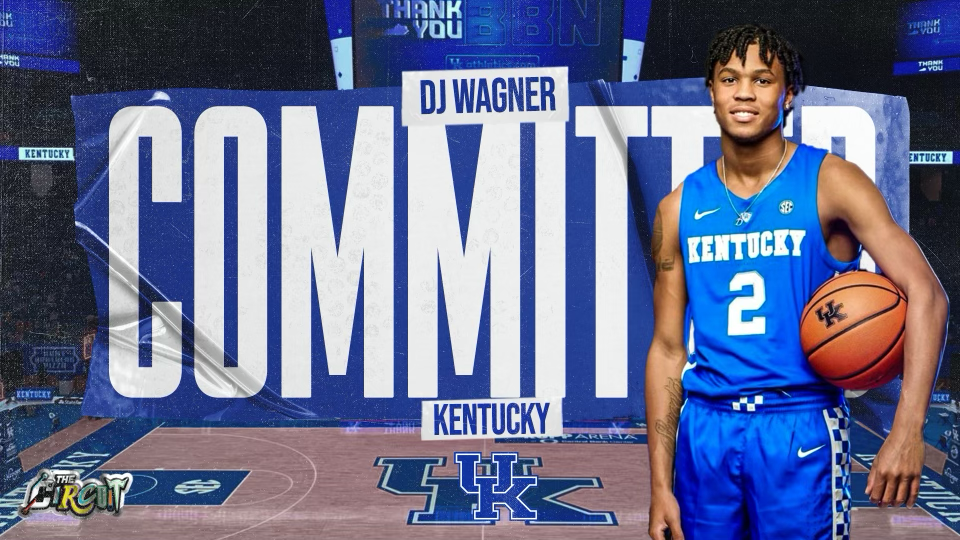 DJ Wagner, the 2nd ranked player in the class of 2023 according to our rankings, has just committed to John Calapari and Kentucky. Wagner is the fifth commit for the Wildcats 2023 class and will join fellow five-stars Justin Edwards, Rob Dillingham, and Aaron Bradshaw as well as four-star Reed Shephard in Lexington next fall.

Wagner has been atop of his class since his freshman year and Kentucky always felt like the favorite to land him. As a junior at Camden High School, he won New Jersey’s Gatorade Player of the Year averaging just under 20 points, four rebounds, three assists, and three steals. He also led Camden to their first state championship since 2000.

In this article, I breakdown Wagner’s game and how I see him fitting in at Kentucky his freshman season.

Wagner is a 6’3 combo guard that is known for his lethal scoring abilities. He is probably the most gifted scorer in the country due to the combination of his shifty handle, ability to change gears quickly, and his difficult shot-making. He’s a blur in transition because of his speed with the ball and uses a plethora of dribble combos to stun defenders to get to his spots. He also finishes well round the rim, frequently finishing off two-feet and using floaters to score over the top of taller defenders. Perhaps the most noticeable attribute of his game is how Wagner is the ultra-competitor. He plays the games at all times with a certain edge that is seemingly contagious and that his teammates feed off of. He’s been regarded as a top player in his class since he was a freshman, but plays with a chip on his shoulder like he’s a guy that is unranked.

How he will fit in his freshman season at Kentucky

I feel that DJ Wagner to Kentucky will be a seamless fit. In Coach Cal’s tenure at Kentucky, he has produced several guards that have starred at the NBA level like John Wall, De’Aaron Fox, Jamal Murray, and Tyrese Maxey. It seems like only a matter of time before DJ Wagner is added to this list. When he arrives on campus, he will share time on the ball with Rob Dillingham. Wagner will be able to showcase his natural scoring abilities, but will also have a chance to play some lead guard and showcase his playmaking skills playing alongside such a talented group. With Wagner’s commitment, this gives Kentucky the No. 1 recruiting class in 2023.