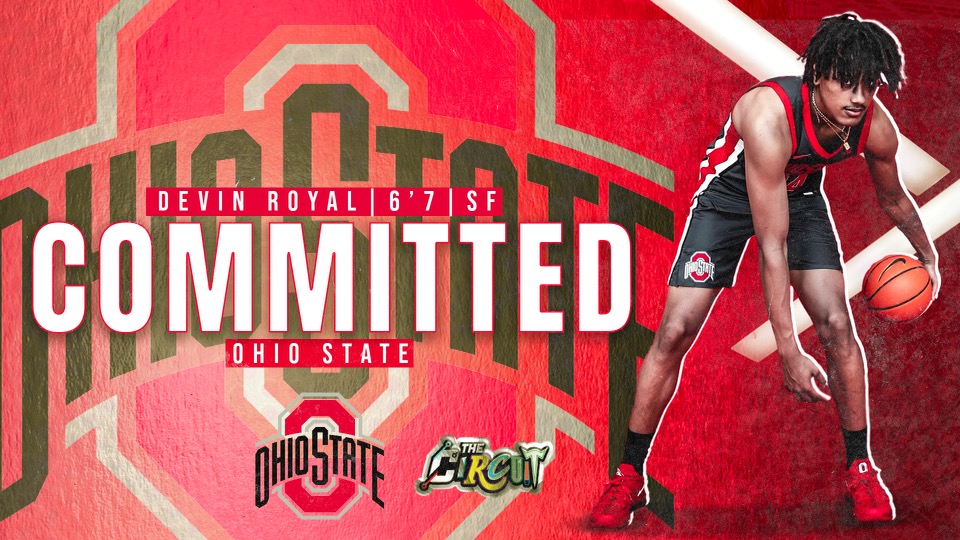 Devin Royal, a 4-Star prospect who is coming off a very successful grassroots season with All Ohio Red, has verbally committed to Head Coach Chris Holtmann and Ohio State.

He has been on Ohio State's campus multiple times and has built a strong relationship with the whole coaching staff. Coach Holtmann was at many of Royal's games during the grassroots live periods.

Royal will be a force his freshman season for the Buckeyes, below you can find the full breakdown on everything you need to know about the newest member of the Ohio State basketball program.

Devin Royal has the build of a college player already and he is only a rising senior in high school. Long arms, strong frame, and a polished style of play. Royal is an advanced scorer and proved that during his junior season of high school and this past spring/summer. When the ball is in his hands, he as amazing touch around the rim and his shot looks pretty from the outside. Royal can impact a game without the ball in his hands as well. He is great at finding spaces in the defense and putting himself in scoring position. Rebounding on both ends boosts his stock even more as Royal is a very active rebounder. He uses his strong build to bully his way through defenders and get right the rim. Royal gets fouled a decent amount but shoots a very high percentage from the free throw line.

What does he brings to Ohio State as a freshman?

Like I said before, Royal has the build of a college player already, so I believe that he will adjust easily to the college level. What will keep Royal on the floor is his ability to rebound the basketball and defend. He will be looked at to be a threat offensively as well. He can guard positions 1-4 so that will always help him get a great amount of minutes. With another season of high school left, if Royal can sharpen his tools offensively, it will be hard for HC Chris Holtmann to take Royal off the floor in his freshman season at Ohio State.

Top Performances from the 2022 Grassroots Season