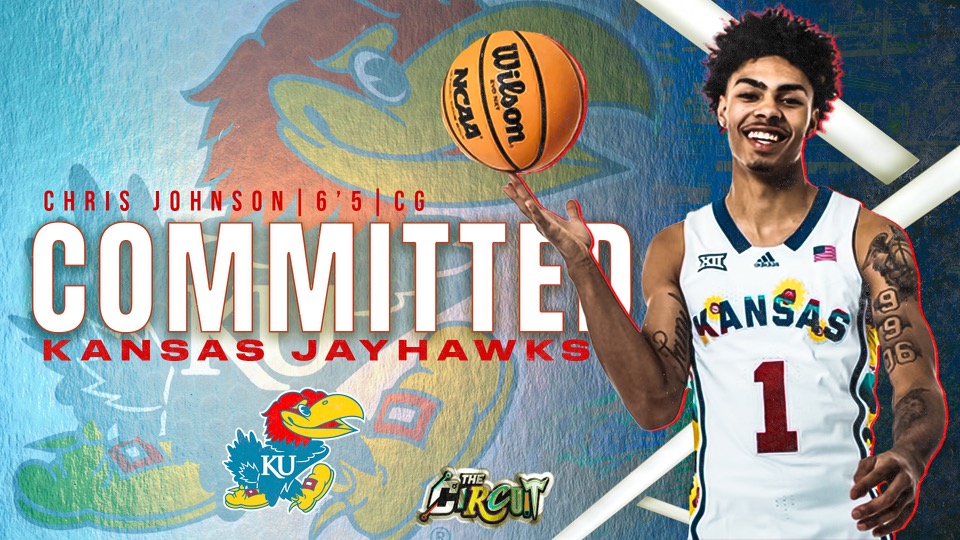 2023 guard Chris Johnson announced this evening that he has committed to Kansas. Johnson, who will be attending Montverde Academy in Florida is the Jayhawks first commitment in the 2023 class.

Kansas outlast Alabama and UCLA to gain a commitment from Johnson as they were in hot pursuit of Chris and attended many of his games during the grassroots live period.

I’ll give a breakdown of Johnson and his fit to Kansas.

A shifty combo with fine positional size. His ability to break down defenders and provide a mixture of scoring and facilitating makes him a formidable offensive threat. Just a versatile scoring and playmaking guard with burst off the bounce and vertical pop. He possesses a high passer feel, can thread the needle on passes and can be very unselfish with the ball. Better when playing on the ball, but capable of playing off it well. Will need to improve in that aspect but he shows it in spurts. Defensively, when he locks in can really guard multiple perimeter spots. Laterally moves well, uses his length and shows good instincts as a team defender.

Head Coach Bill Self has had much success with guards in the past. Very recent with Ochai Agbaji, Christian Braun & Remy Martin. To Marcus Garrett, Devonte Graham, Frank Mason, Devon Dotson, Wayne Selden, Josh Shelby, etc. Not saying Johnson are these guys, but he holds a mass amount of talent and raw ability that could allow him to thrive there. Kansas guards look to get to the paint with the dribble drive and that will play to Chris’ strength also. It may take some time but he can have much success in Lawrence, KS if he can buy in and really take in the coaching from Bill Self and the staff.